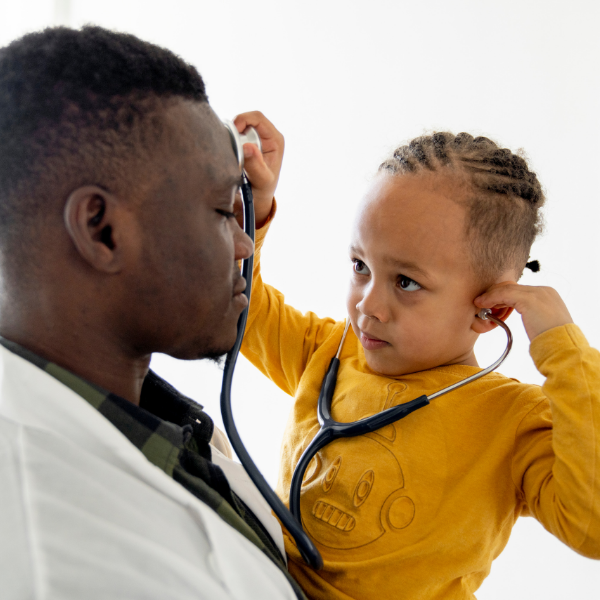 The Real Scoop on Medicaid Expansion

After Missouri lawmakers chose not to expand Medicaid for seven years, voters took the matter into their own hands. Volunteers collected sufficient signatures to get the issue on the ballot and Missouri voters approved a change to the Constitution that required Medicaid expansion. The next step is for the Legislature to put money in the budget to fund the expansion. The Governor did this, but the House voted to take the money out.

At a recent meeting of the Parent Advisory Council of PACT-STL one of the parents asked who could possibly oppose expanding Medicaid. Unfortunately, much of the opposition centers on stereotypes of individuals, particularly people of color, who are trying to “game” the system, and get benefits while avoiding work. Others object that the State cannot afford to expand Medicaid, and it will take money away from education.

The stereotype is baseless, as is claiming that Missouri cannot afford to expand Medicaid.

This expansion will cover nearly 250,000 adults who do not have access to health care and who earn less than about $18,000 per year. A majority of these individuals are working adults, including uninsured veterans, more than 18,000 near-retirees, and over 50,000 parents. Medicaid expansion would insure an estimated 16,748 individuals in the City of St. Louis, and 24,444 individuals in the County. Eight of every ten of these are White people.

The argument that Medicaid expansion costs too much is equally flawed. Despite the pandemic, the Missouri budget outlook and projected revenue are positive. The expansion is estimated to cost $128 million in state general revenue. As part of the expansion, the federal government would pay 90 percent of the cost. Missouri is expected to receive over $2.5 billion in federal money. Some of the services that will be covered under the expansion are now being paid for with 100 percent of state general revenue.  Credible analyses from the Missouri Budget Project and Washington University show that Medicaid expansion will save money for the state.

The ball is now in the Senate’s court. They need to restore the money for Medicaid expansion when they approve the budget. If they do that, a Conference Committee of Representatives and Senators will hammer out the differences. This will happen in the next 5 weeks.

Our hope is that facts will prevail, and stereotypes and partisan opposition to Obamacare will disappear. Expanding Medicaid means that individuals are more likely to get the health care they need to be strong parents and dependable workers. It will have a positive impact on hospitals in rural areas and will create jobs to boost the economy and generate additional state income and sales tax revenue. How can anyone oppose these things?

Copyright ©2020 Vision for Children at Risk. All rights reserved.
Menu 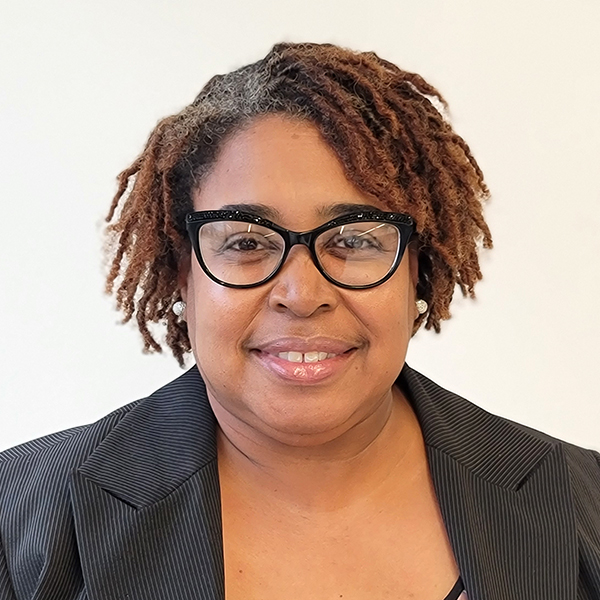 Yolanda first engaged with VCR as a board member of COCAN (now STLCANN) in 2012. She went on to serve as the Board Co-Chair of STLCANN before joining the VCR team in 2021 as the PACT-STL Director. Yolanda now oversees the work of Parents and Children Together St. Louis (PACT-STL), a federally funded initiative through the Administration for Children, Youth, and Families (ACYF). She is leading this initiative focused on developing, implementing, and evaluating strategies that prevent child maltreatment, reduce entry into the public child welfare system, and enhance overall well-being outcomes of children and families.

Outside of VCR Yolanda enjoys spending time with her family and God, reading, listening to music, and watching TV. 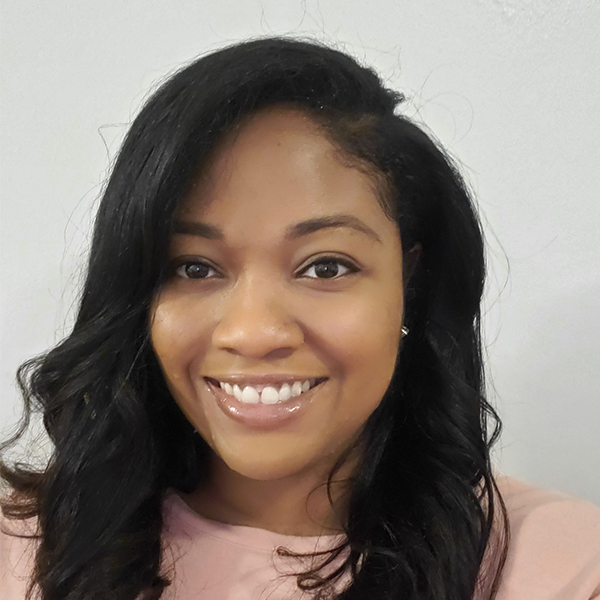 Shelnise joined the VCR family in 2020 and serves as the Project Coordinator/Lead Family Coordinator for the System of Care. She has spent most of her career working with children and adolescents around mental health and is passionate about serving her community, empowering others to live better lives. She works alongside organizations, families and caregivers, and the community committed to strengthening the systems of support. Shelnise also supports the Family Support Partners walking alongside families who are connecting to and navigating mental health services.

Outside of VCR Shelnise enjoys spending time with her family and friends traveling and exploring new journeys. 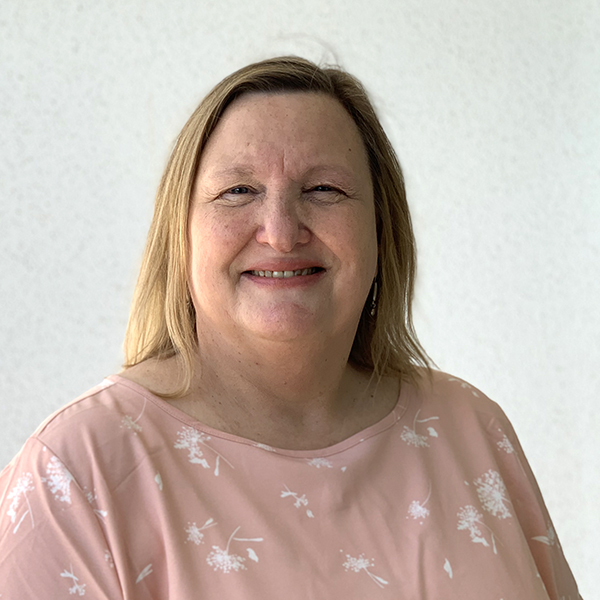 Connie joined VCR in 2020 as a Family Support Partner for the System of Care (SOC). She brings professional training to her work, as well as personal experiences from raising her daughter. She walks alongside families in their journey navigating behavioral health and social emotional supports for their child(ren).

Outside of VCR Connie enjoys reading, planting flowers and herbs, and spending time with her family and friends. 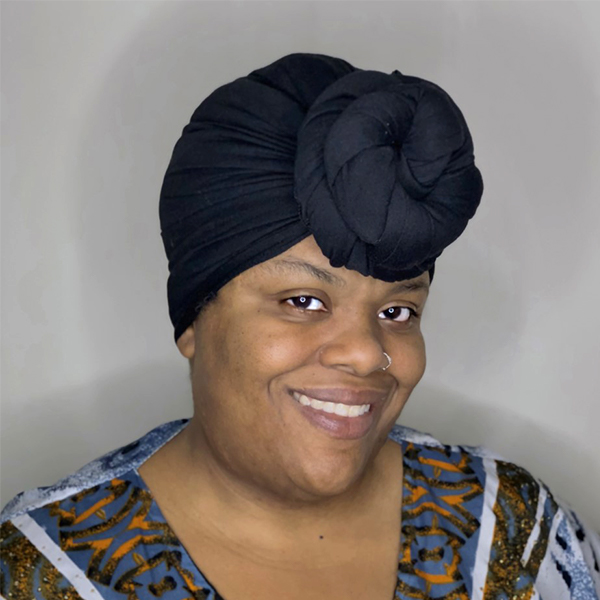 Katina joined VCR in 2019 excited and motivated to help families, parents, and children by sharing her life experiences, prior work experience, and her education. She serves as a Family Engagement Specialist through PACT-STL, which involves connecting with families throughout the community to reduce entry into foster care. She helps connect families to the resources that can help families be their best version of themselves.

Outside of VCR Katina enjoys spending time with her four boys, expressing their spiritual beliefs, and networking and meeting new people from all walks of life. 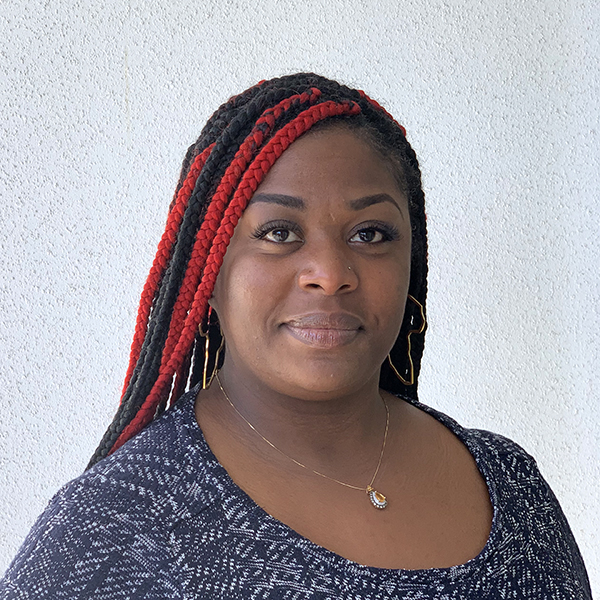 Mia was first introduced to VCR when a friend invited her to a Community Café. She had heard the cafés were impactful and looks back now to say that it truly was life changing! She sees a real opportunity for positive change by the way these cafés center the conversations of change around community voice.

At the end of 2019 Mia joined the VCR family. She now serves as a Family Support Partner for the System of Care, bringing life experience, a Bachelor of Arts in Communication, energy, and passion to supporting families navigating behavioral health needs.

Outside of VCR you might find Mia and her daughter roller skating and also embracing all the wonderful and exciting events in the St. Louis area. 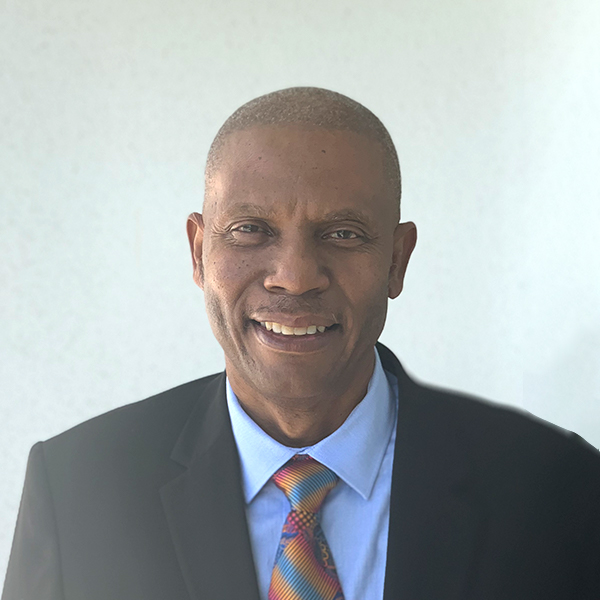 Sam joined VCR in 2013 as a MO Project LAUNCH team member and is now serving as a Family Engagement Specialist with Parents & Children Together St. Louis (PACT-STL). He helps connect families to resources and opportunities, and to think strategically about how they can strengthen their family. Sam leads the Parent Cafes and is a certified trainer.

Outside of VCR Sam enjoys being in nature, gardening, building connections with others, and spending time with his family. 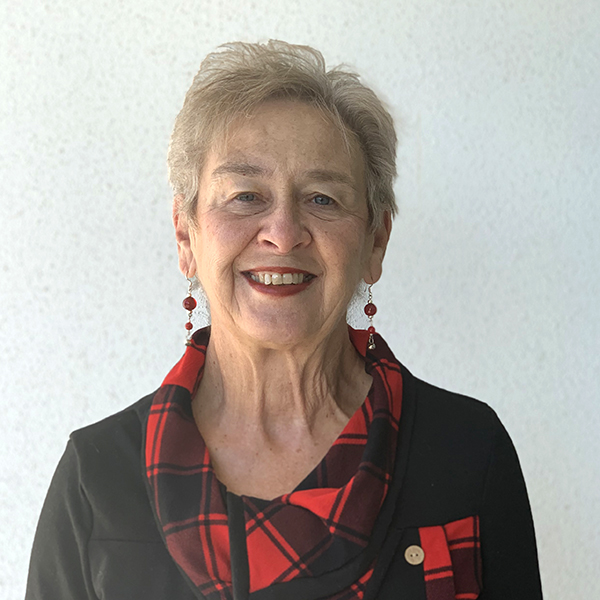 Ruth was a VCR Board member before fully joining the VCR family in 2013. She started out coordinating the Family and Community Partnership (now known as St. Louis Child Abuse and Neglect Network), served as the VCR Advocacy Coordinator for many years, served as the Interim PACT-STL Director, and now continues to support VCR as a consultant.

Outside of VCR Ruth enjoys reading, playing the piano and flute, playing tennis, and spoiling her dog. 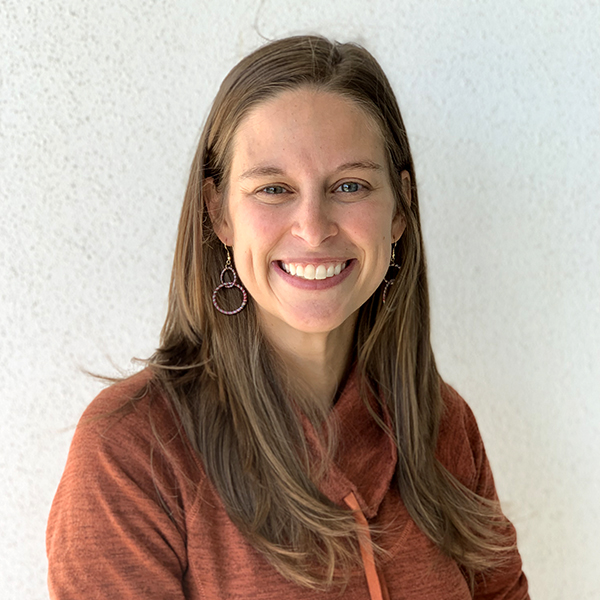 Bree joined VCR in 2015 as the Project LAUNCH Activities Coordinator. Since that time, Bree’s role has shifted, but she remains dedicated and motivated by the mission of VCR. She now serves as VCR’s Communication Coordinator and loves being able to help share the story of VCR (alongside all of our awesome partners and families) working toward child well-being.

Outside of VCR Bree and her family can be found playing ultimate frisbee, hiking, and learning and advocating alongside their church family. 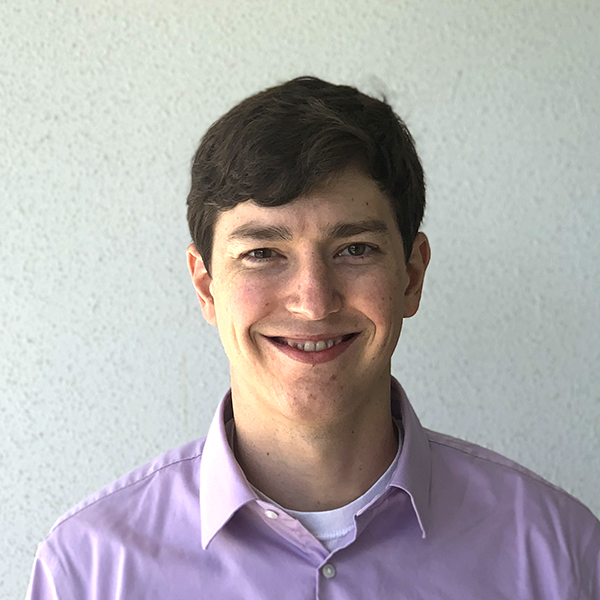 Isaac connected with VCR because of our prevention work with children and families. Having worked on the intervention side previously, he truly sees the importance and impact of prevention and early intervention. Isaac joined the team in 2020 as our Education Coordinator with Project LAUNCH. He collaborates with school and community partners to strengthen families, promote early childhood screening and education, and support educators in meeting the needs of families.

Outside of VCR Isaac enjoys being outside with his significant other and dog, jiu jitsu, reading, and playing games with his brother. Isaac also loves to cook and bake and has some pretty great skills thanks to his mother. He is notorious for modifying the recipe every time. 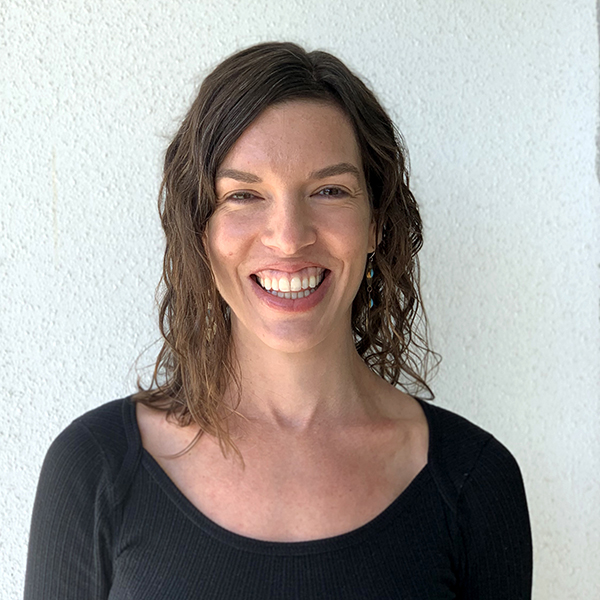 Liz, a VCR team member since 2007, coordinates the overall data and research functions for the agency. This includes production of the Children of Metropolitan St. Louis Data Book (CMSL) as well as community assessments and special reports on key policy issues for community organizations and collaborative groups. She also provides customized child well-being focused data to various entities including local foundations, legislators, and numerous community initiatives and organizations. These data are used in everything from securing grants to informing funding and policy decisions.

Outside of VCR Liz enjoys exploring her neighborhood by foot and the city by bike. 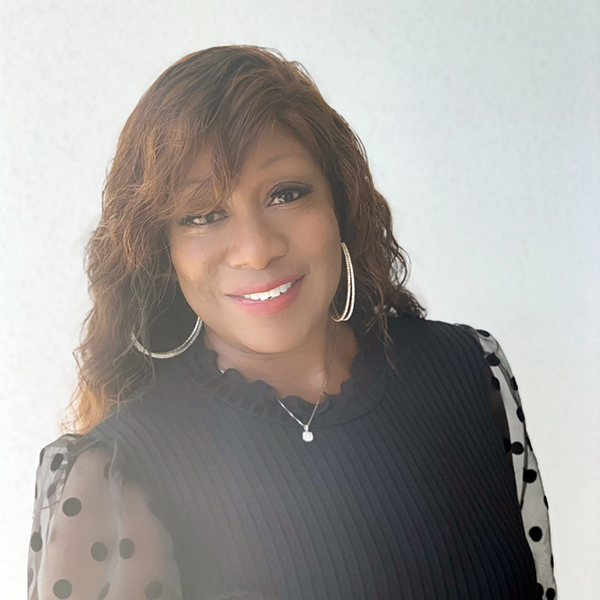 Alicia joined VCR’s team in 2020, already familiar with and connected to VCR’s collaborative efforts and MO Project LAUNCH (2012). As the Project LAUNCH Behavioral Health Coordinator, Alicia drives our work integrating behavioral health into primary care health and early care and education. She works to increase and integrate the use of screening tools and mental health consultation for children’s well-being.

Outside of VCR Alicia enjoys anything outdoors in the sun with a special appreciation for the Caribbean. She loves eating and trying new restaurants, travel, sand in her feet, water, and blue skies. Alicia also enjoys spending time with family and her grandchildren that keep her young. 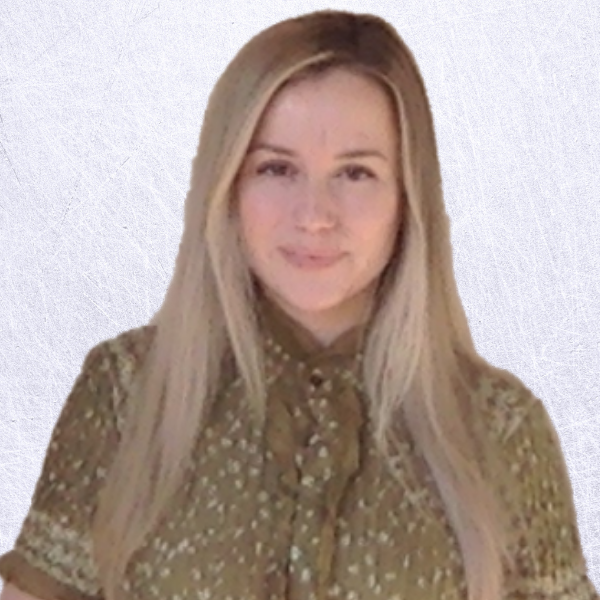 Anita first connected with VCR by utilizing the CMSL Data Book, finding the data impactful and helpful. Anita later joined the VCR team in 2018 to focus on improving access to and coordination of early childhood screenings. She now serves as VCR’s Compliance Coordinator, helping manage the applications, data, and reporting for our federal and local grants.

Outside of VCR Anita enjoys spending time with her husband and family. If she’s not doing that, you can find her watching reality TV and pretending she’s viewing it through an anthropological lens. 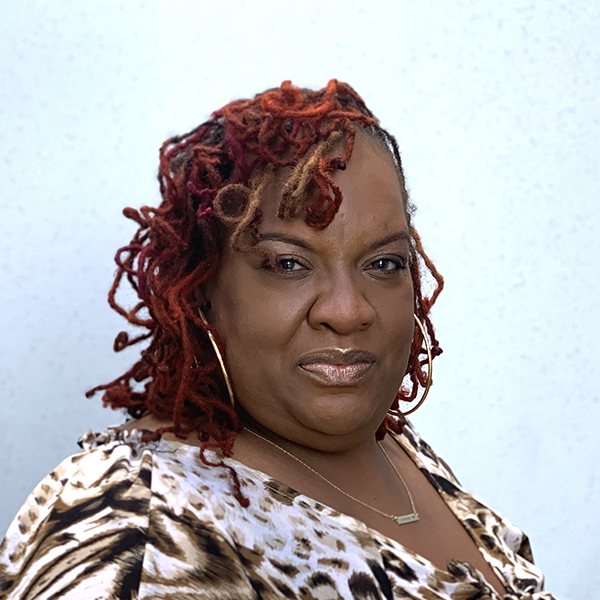 Jawana first connected with VCR through the Project LAUNCH initiative as a council member and joined the staff team in 2020. As the System of Care Project Director, she oversees the collaborative network of organizations, agencies, and families committed to a family-driven and youth-guided approach to providing care for children and youth with mental health challenges. The System of Care is working to ensure children and youth can thrive by getting the total support they need to become physically and emotionally healthy at home, in school, and in their communities.

Outside of VCR Jawana enjoys listening to music and fashion design. 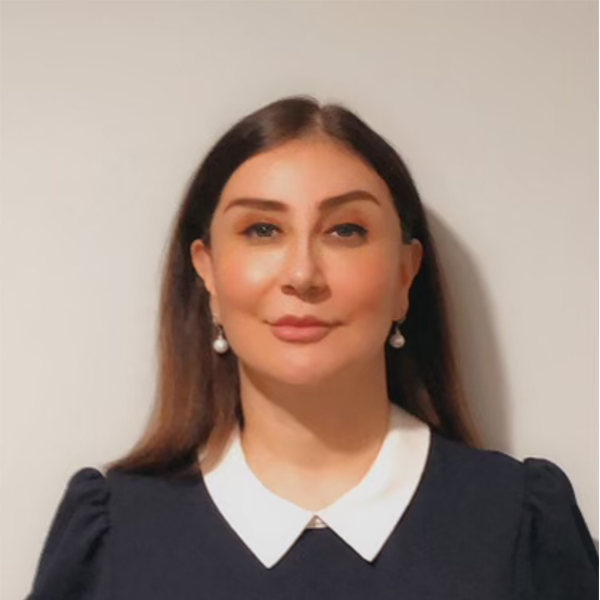 Sanaria became Executive Director of Vision for Children at Risk in 2018, leading VCR’s efforts to promote the well-being of children, youth, and families. She joined Vision for Children at Risk in 2013 as director of Project LAUNCH, a federally funded program to improve young child wellness in north St. Louis. The success of Project LAUNCH allowed VCR to secure three new federal grants, all aimed at supporting families. In addition to managing the day-to-day operations of VCR and overseeing the federal grants, Sanaria also serves on the board of Kids Win Missouri.

Outside of work at VCR, Sanaria loves to travel around the world with her two beautiful children to learn about different cultures, learn different languages, and try new food. 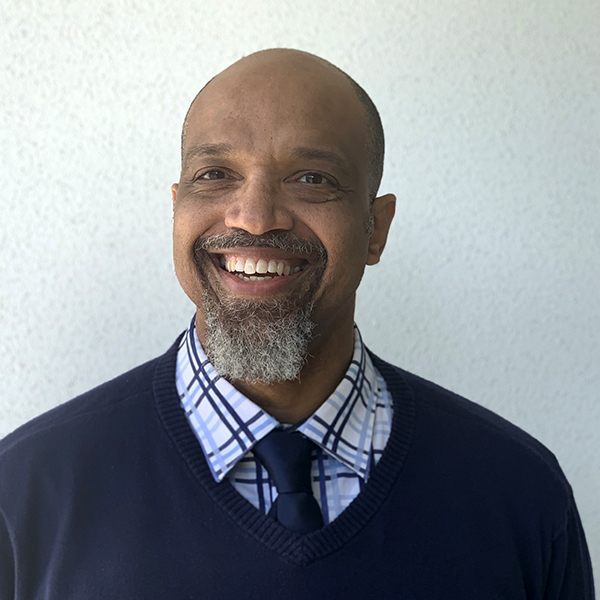 Nathan joined the VCR team in 2020 to lead Project LAUNCH, a federal initiative that promotes the well-being of young children in St. Louis City. His connections to VCR started many years prior to this. Nathan first engaged with VCR back in the 90’s when he served as a Social Services Manager. The strategies he used with students and their parents were developed from the Kids Count Data Book. Nathan also had the unique opportunity to have VCR’s former Executive Director and founder, Richard Patton, as his mentor in Graduate School.

Outside of VCR Nathan enjoys dining out, giving back through mentorship opportunities, relaxing, and worshipping God.